THE PREP, THE DIET & THE INSIDE WORD ON THE 2016 VICTORIA’S SECRET SHOW

According to the angels, training and preparing for the show is no easy task and maintaining a super healthy diet and consistent exercise regime are absolutely crucial elements of getting into “tip-top” shape (Ahem, see Vaulties, even these *ANGELS* have to work their butts off to look the way they do!).

Adriana Lima insists that “Everything starts with nutrition and what you eat. I really watch my portions, and work out when I can—it is definitely hard with work and my two kids.” To stay in shape, her favourite workouts include boxing and jumping rope. Although we have also found that other angels enjoy less strenuous types of workouts such as Erin Heatherington, she shared that she enjoys yoga and pilates as well as Ballet Beautiful, plus lots of band work. She walks on an incline instead of running…  One other tip she spilled was to “just make sure you’re using your butt and not your thighs because you don’t want to make that big!” (Ahem, are you taking notes? Thanks Erin! We’ll take all of the tips we can get…) 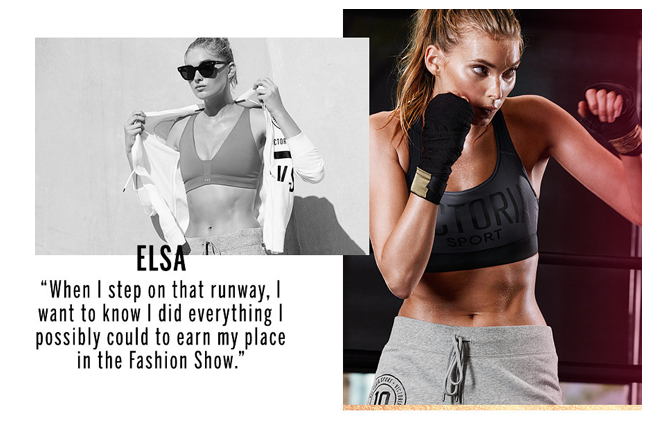 Elsa Hosk says green juices are the way to go. According to her, that and warm water with ginger, cayenne pepper and lemon juice are a great way to cleanse the system and get rid of unwanted toxins in the body.  Other than that, getting the right amount of sleep is also so important as apparently we lose the most weight while snoring out ZZzz’s. 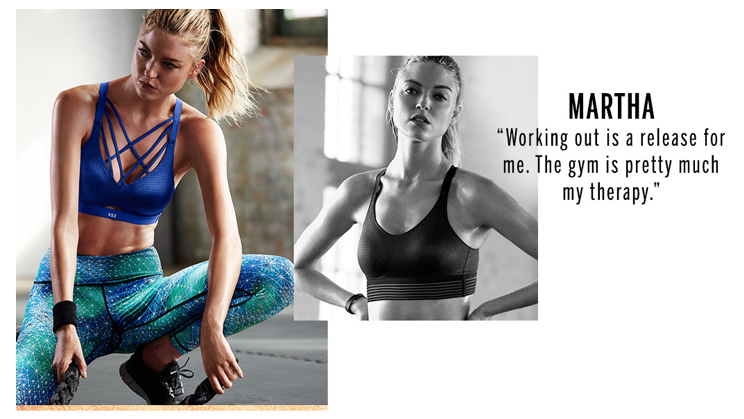 Martha Hunt swears by the Megaformer—it is like the Pilates reformer with a carriage in between two platforms and you change the springs for resistance. You have to resist these pulleys to strengthen your body and that it is basically a torture machine! (Maybe check us out of this one!)

And then, just what we didn’t want to know, British beauty Jourdan Dunn swears that she doesn’t do much in preparation for the show. She says that between her and Cara Delevigne, they are probably the worst of the bunch (way to rub it in Jourdan!)

It is definitely reassuring to know that MOST of the models do have to practice some serious discipline to achieve the best results and that despite looking like absolute angels, they are in fact human after all. #theydon’twakeuplikethis

#INSIDESCOOP: THE ABNORMAL BEAUTY COMPANY YOU NEED TO KNOW ABOUT.

#DESKSIDE: BEHIND THE LINEN BEDDING OF CARLOTTA + GEE