The rock chick Danish model boasts at least ten tattoos, including inscriptions (Serendipity is me, This world tonight is mine, Redemption), symbols (a triangle, three circles and a star) and even a revolver on the inside of her arm.

“I started getting tattoos when I was 17. I don’t have a grand plan with my tattoos, never. I’m the girl who just thinks up something as I’m walk into a tattoo parlor and I’m getting it an hour later. I believe in ornamentation of the body… I believe if you feel it, you should just do it. Don’t overanalyze anything in life too much—you’ll make yourself crazy. I’m into symbolism; all of my tattoos are very much based on symbolism. And they’re all very sneaky. So, if I’m just standing straight in front of you, you wouldn’t really see them. But, if I was naked and you saw me from behind you would be like, ‘Damn.’ [Laughs] “

The British super is a high-profile tattoo addict, posting each one on her Instagram account as she gets inked. To date, she has racked up a lion’s head on her finger, ‘Don’t worry, be happy’ under her bust, ‘Bacon’ under her foot and several more.

What’s the tattoo count for this Canadian model? Daria Werbowy has an inscription at the nape of her neck, discreet symbols on her fingers including a ship anchor which eludes to her love of sailing, and a stylised snake on her foot.

Catherine McNeil’s penchant for body art is well-known and she shows no sign of stopping. With a diamond behind her ear, a broken heart in her palm and two lines on her ring finger she is definitely one of the most inked girls on the runway!

AT HOME WITH ERIN WASSON 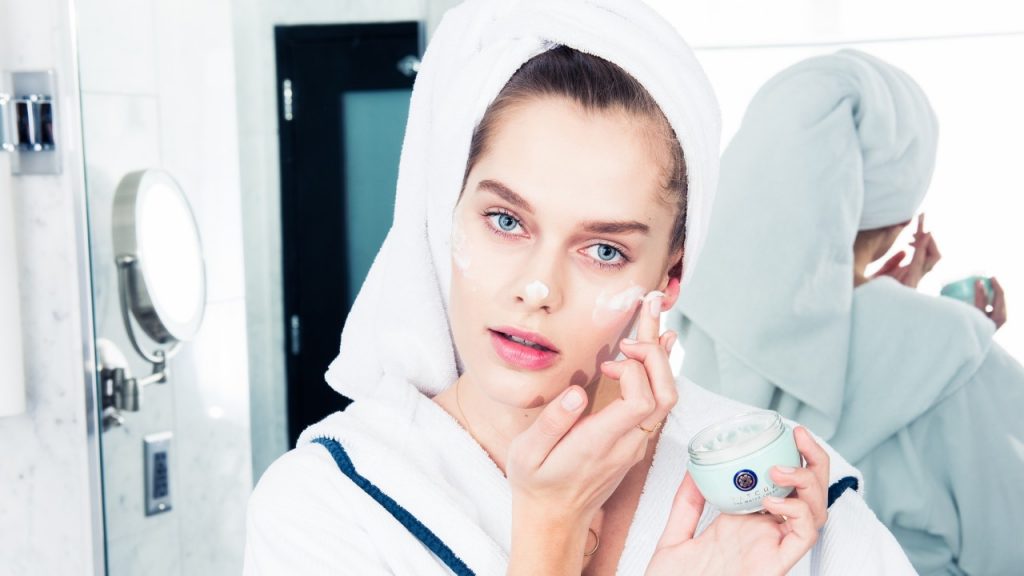 #WOKEUPLIKETHIS: HOW TO NAIL YOUR BEAUTY ROUTINE IN 5 MINUTES

TRIED, TESTED & TRUE: EYEBROW FEATHERING ACCORDING TO OUR EDITOR